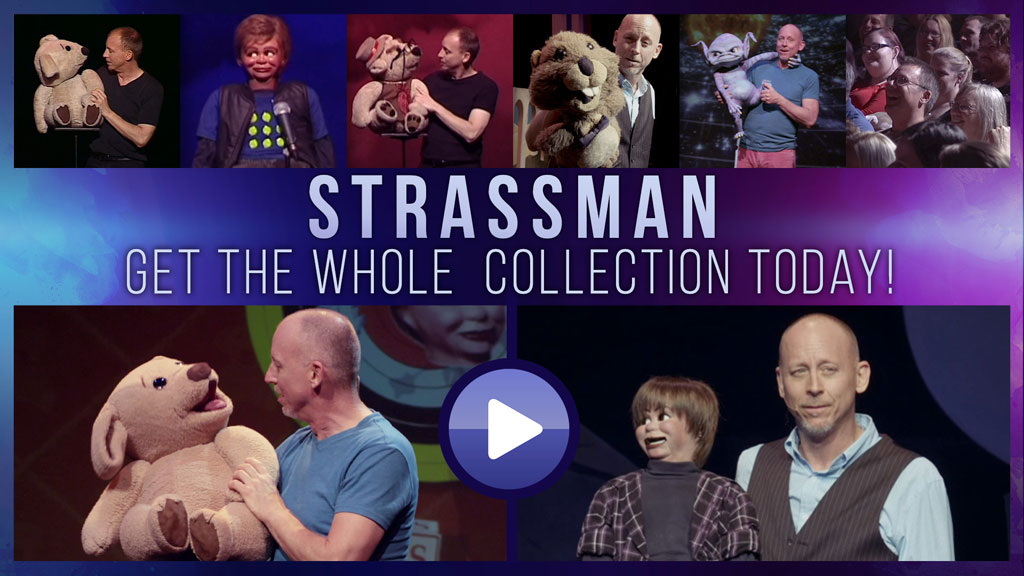 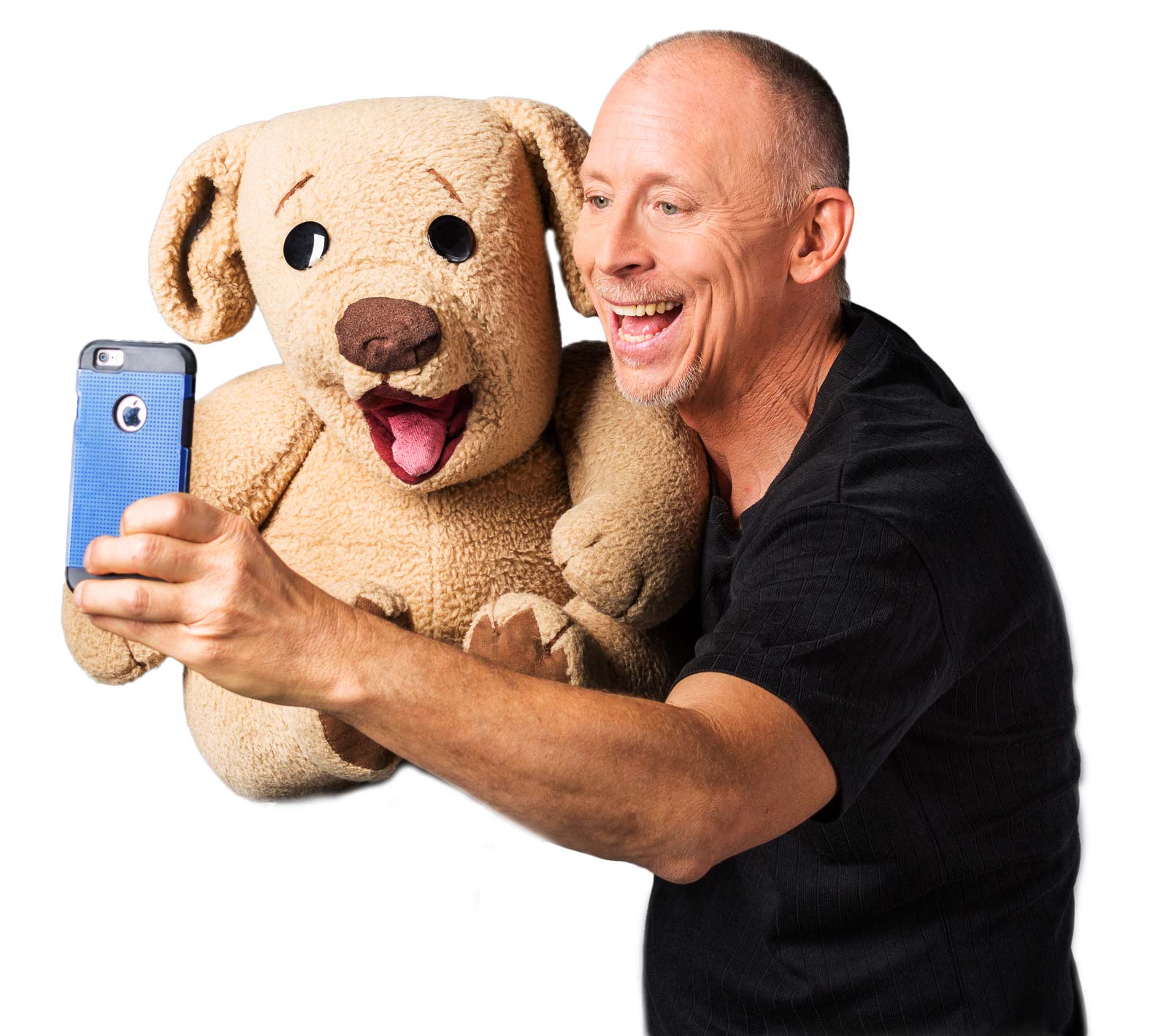 “He has achieved what many considered impossible: He has made ventriloquism hip!”

David Strassman: one man, many voices. He's the dark-edged, avant-garde artist who lifted ventriloquism into the 21st century, acquiring a multitude of fans and critical acclaim along the way. Led by the evil Chuck Wood and delightfully cute Ted E Bare, Strassman's "renegade band of puppets" (as The Scotsman called them) create a multi-layered stage performance. Audiences forget that its actually a one-man show!
Read more about Dave and his Characters 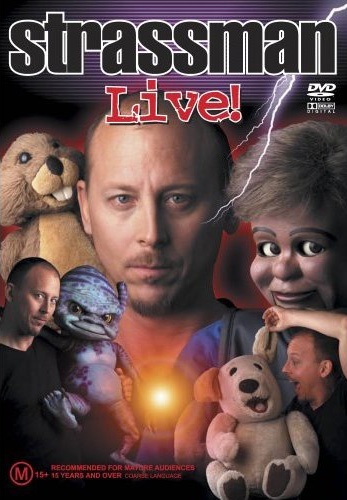 STRASSMAN LIVE VOLUME 1!
Strassman's first DVD release with all the "extras". Classic Chuck and Ted E. Bear routines accompanied with the renegade band of puppets you wouldn't want to meet on a dark night! "Brilliant!" -The Guardian